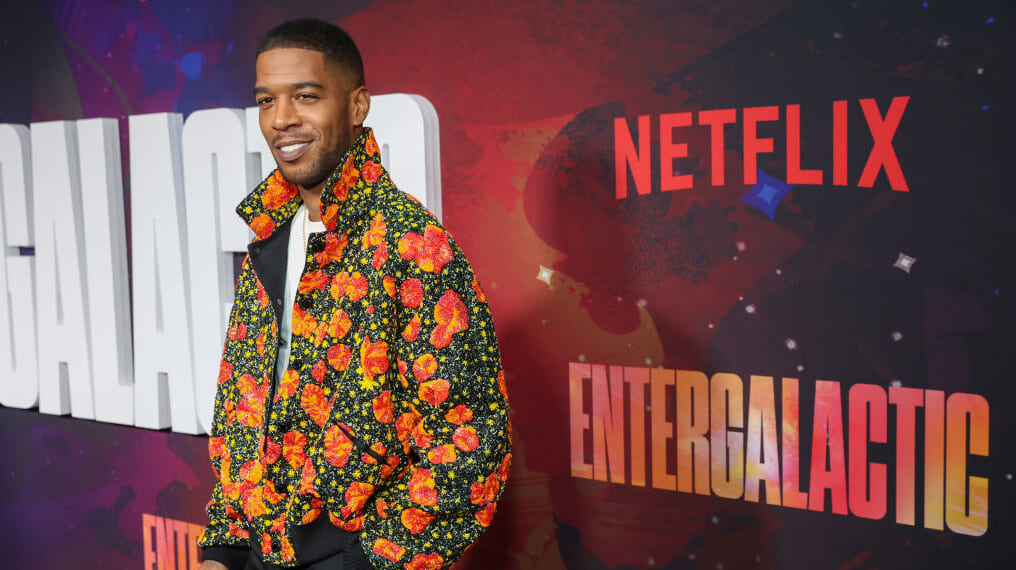 
Scott Mescudi, aka Kid Cudi, attends the “Entergalactic” Premiere at the Paris Theatre on September 28, 2022 in New York City. (Photo by Monica Schipper/Getty Images for Netflix)

When I first found out that Kid Cudi (Scott Mescudi) was going to release an animated series, “Entergalactic” (it later turned into its current form, a television “special”; essentially a movie, executive produced by Cudi and Kenya Barris and directed by Fletcher Moules), I was all in.

Long ago, I came to the conclusion that Kid Cudi was an artist I could not be objective about. Every project he’s released I’ve found some way to enjoy. I like him as an actor and, man, “Man on the Moon II: The Legend of Mr. Rager” and “Man on the Moon III: The Chosen” are absolute masterpieces to me. I bought two pairs of Kid Cudi’s Adidas Vadawam 326 collab shoes. I’m reading this back to myself, and it sounds overboard, but the truth is, I’m just a fan. I don’t think Cudi gets enough credit for his contribution to the entirety of the sound of hip-hop now, and I would even go so far as to say that he is responsible for Kanye’s 808s sound, which then changed the sound of music.

Basically, Kid Cudi is one of the most influential artists of this century. 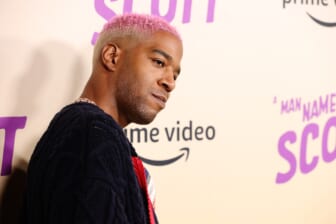 Whew, now that we got all that out the way, let’s get back to “Entergalactic.” I don’t remember when I first heard about the animated movie, but I do remember looking forward to it. And it was going to be accompanied by an album? It sounded fun to me. One of Cudi’s best qualities is his ambition. You can hear it all through his art, and this project seemed like another notch on that belt. Wrapping a film around the music he was creating for an album also titled “Entergalactic” seemed brilliant. He’s obviously not the first person to do that—I remember discovering that T.I.’s “King” album was essentially the soundtrack and score for the movie “ATL”—but Cudi’s music has always felt super cinematic to begin with; it only makes sense to build a movie around that.

Featuring the voice of Cudi as Jabari and Jessica Williams as Meadow, “Entergalactic” is a film about two artsy neighbors who fall for one another. Sure, that isn’t a new concept, but like all things, the beauty is in the execution. The film is both funny and charming. You actually want Jabari and Meadow to make it. It’s also a mature movie. The friends attached to Jabari and Meadow provide lots of comic relief but are also very maturely guiding their friends in the right direction. Jabari’s friends Ky and Jimmy (voiced hilariously by Ty Dolla $ign and Timothée Chalamet) provide mature advice wrapped in a ridiculous bow. They’re pushing Jabari towards happiness not obstructing it. Meadow’s best friend Karina (voiced by Vanessa Hudgens) is doing the same. Sure they want their friends to get all the sex possible, but they also think that maybe, just maybe, their friends have found their person. It’s fun in a grown-up kind of way. But to keep things entertaining there are plenty of gags and WTF moments. It’s an animated film, after all; you get to try lots of things and have fun in the process. It really is a win all-around.

One thing that also stands out is the nod to the late Virgil Abloh, a close friend of Cudi’s who helped set the aesthetic tone of the movie. Every character in the film is fashionable in a different way, from the outfits to the shoes. Jabari rocks everything from Yeezys to Vans to his own signature shoes with Adidas. Point is, not only is the story dope but the look of the film fits the actual aesthetic of Kid Cudi, a notoriously fashionable musician and icon, paying homage to fashion icon Virgil Abloh. 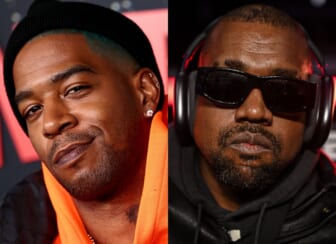 Lastly, the album/film score works really well with the movie. Cudi’s music has always been very emotionally centered, focusing on who he is as a person as trials and tribulations. And in his later works, joy and survival were his muse (along with his daughter). His music works well for establishing a connection and, well, love. As I said earlier, Cudi pointed out that the music was largely done prior to the film being created, so that makes sense; the creative team took the music and figured out how to visually make it all work. *chef’s kiss* I even listened to the album without the visuals, and you know what? It sounded just as good.

OK, as I said, I can’t really be objective, but I do really think it’s a good movie and everybody involved in the project brought their A-game. Totally a film worth watching, shouts to Mr. Rager, Kid Cudi.