Nick Cannon Welcomes Baby Number 9; Expected To Touch Double Digits Before The End Of The Year! Nick Cannon is continuously doing his part to assure that the human race continues on!

He welcomed his 9th child on Wednesday named Onyx Ice Cole, this time with model and new mother LaNisha Cole.

According to TMZ Nick is expected to welcome another kid with Brittany Bell and possibly another set of twins with Abby De LaRosa . By the end of the year Nick will have over a dozen little ones. 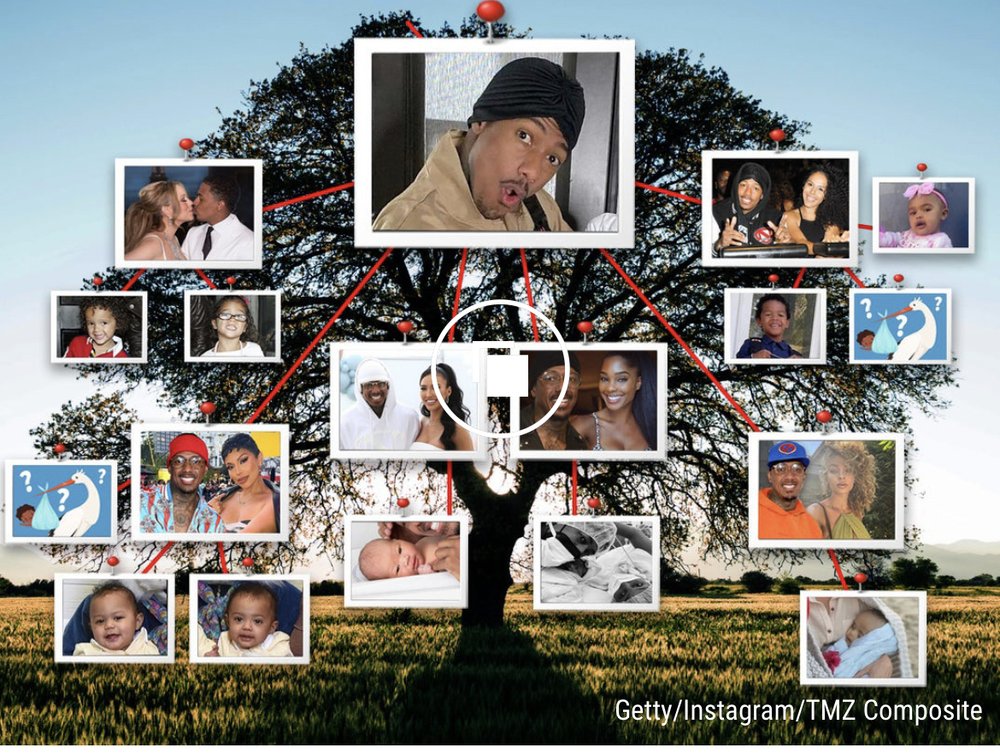 Nick’s first round of kids came courtesy of now-ex-wife Mariah Carey … twins Moroccan Scott and Monroe said hello to the world back in 2011. He and Mariah separated in 2014 after 6 years of marriage.

In 2017, Nick had his 3rd child, Golden Sagon … this time around with former Miss USA Brittany Bell. Their encore was Powerful Queen, who was born in December of 2020.

Just 9 days after Zion and Zillion were born, Nick had his 7th kid — Zen — with model Alyssa Scott. Zen tragically passed away at 5 months from a brain tumor.

In June, Nick had baby #8 – Legendary Love — with model Bre Tiesi, who documented the home birth in a YouTube vlog.

Congratulations to the families and May God bless that family tree 🫶🏿