No. 4 Michigan rallies without Hart to pull away at Indiana 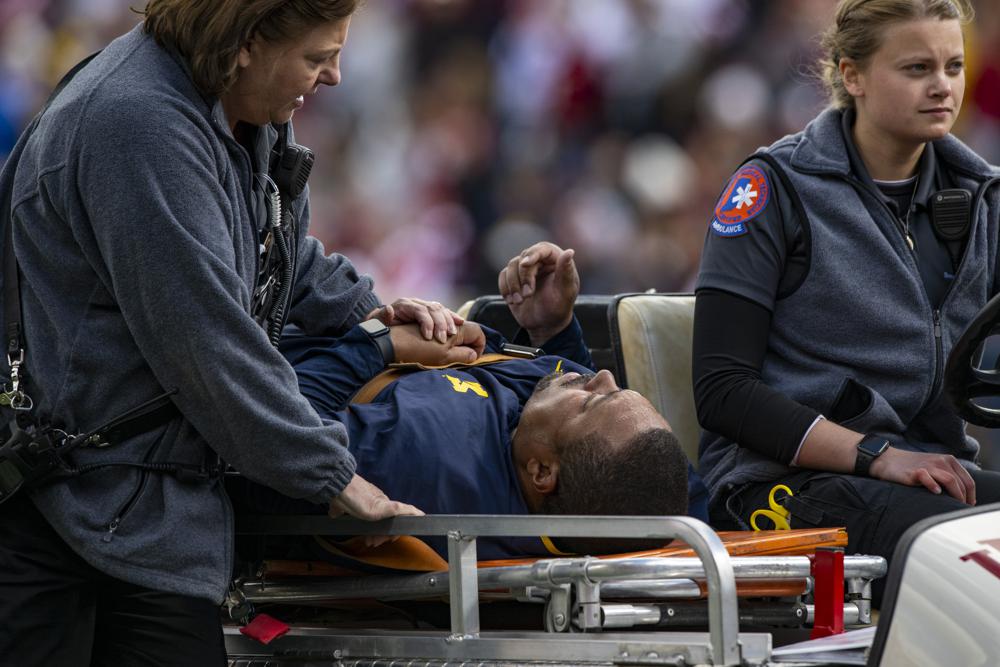 
No. 4 Michigan won Saturday with heart for Mike Hart.

After the running game coordinator collapsed on the sideline in the first quarter, the Wolverines regrouped at halftime, returned to Wolverines football and performed like Hart wanted.

Cornelius Johnson’s 29-yard touchdown reception early in the third quarter gave Michigan the lead and the jolt it needed Saturday to celebrate a 31-10 victory over pesky Indiana without their beloved coach.

“During the game Mike had a medical emergency, he’s in stable condition and he’s going to stay overnight here in Bloomington for observation,” head coach Jim Harbaugh said. “Talking about Mike and his health, all our prayers go out to him.”

Hart’s absence dampened a historic day for the Wolverines (3-0 Big Ten) who improved to 6-0 for the second straight season — something they last did in 1976-77.

But the frightening, first-quarter sideline scene certainly took its toll on Michigan.

The school’s career rushing leader went down unexpectedly moments after the Hoosiers tied the score at 7, prompting Michigan’s players to clear the bench and spread out across the field. Some dropped to one knee as Harbaugh and other staff members watched trainers strap Hart to a backboard before carting him off the field. 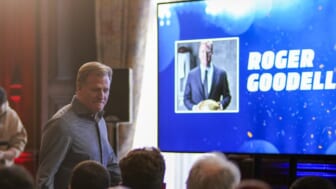 Hart flashed the thumbs up sign before leaving Memorial Stadium and heading to a hospital.

The two teams traded field goals and blocked field goals before settling for a 10-10 halftime tie. The Wolverines didn’t reassert control until Johnson capped a 98-yard drive to start the second half with the first of two touchdown catches.

It was exactly what Michigan needed. Luke Schoonmaker and Johnson each caught fourth-quarter TD passes to seal the victory on a day J.J. McCarthy produced his first 300-yard game. The sophomore quarterback finished 28 of 36 with 304 yards, three TDs and one interception.

“It was good to see the young quarterback come of age today,” Harbaugh said. “Tough game, tight game, couldn’t lean on the ground game today and he did it.”

Indiana (3-3, 1-2) lost its third straight and coach Tom Allen wasn’t pleased with how his team played the final 15 minutes.

“We had a chance in the fourth quarter against the fourth-ranked team in the country, a really good team, and didn’t finish,” Allen said. “That’s highly disappointing. Scoring zero points in the second half is not enough and it’s got to change.”

Allen also had Hart on his staff from 2017-20 and walked across the field to see Hart before he left the stadium. McCarthy said the Wolverines awarded a game game ball to their running backs coach, and Harbaugh acknowledged Hart would be missed on the trip home.

“We’ll move on with humble hearts,” Harbaugh said. “It’s great to have the win and continue to pray for Mike. He’s a strong guy, I have all the faith in the world in Mike Hart.”