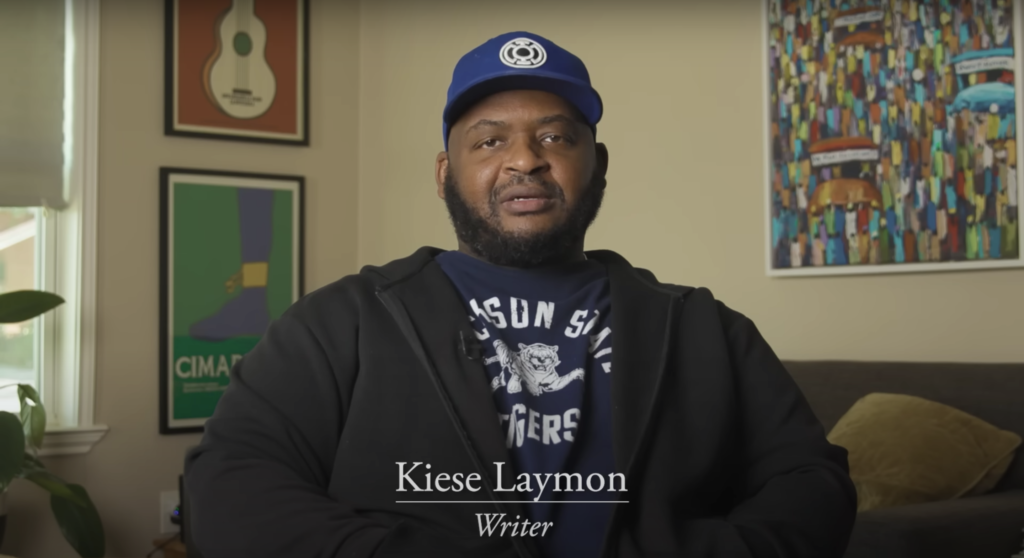 
Looking for a healthy dose of Black genius this fall? The MacArthur Foundation has named nine Black fellows among this year’s 25 “Genius Grant” recipients.

The highly coveted Genius grant is one of the United States’ most prestigious awards, designated to a new group of academics, scientists, and artists each year based on their potential. Each of this year’s recipients was gifted an impressive, “no-strings-attached” $800,000 grant, paid over five years in quarterly installments, up from $625,000 last year.

How those recipients were selected remains a mystery, as you can neither apply nor be nominated, but this year’s Black recipients are a diverse set that includes multiple artists, writers, academics, a cellist, an ornithologist, a historian, an astrodynamicist, a social worker. Despite extremely different disciplines and nuanced approaches, each of this year’s Black MacArthur Fellows works in her or his own way to uplift the Black experience. Based on the foundation’s announcement profiles, you can learn more about each 2022 Genius below, including author Kiese Laymon, who in 2020 spoke with theGrio about his creative process and offered advice to other Black creatives.

Foreman, a literary historian and digital humanist based in University Park, Pennsylvania, has been recovering early traditions of African American activism. Throughout her body of work, which spans books and digital platforms, Foreman endeavors to understand the power of “collaborative production of knowledge,” which has led to the establishment of collaborations between writers and readers, artists and viewers, as well as among established, independent and emerging scholars.

As founding director of the Colored Conventions Project (CCP), a digital initiative that documents historic Black organizing efforts, Foreman is unearthing evidence of the longest Black political organizing effort before the advent of the NAACP.

“Digital platforms allow thousands of people to be included in the resurrection of forgotten histories that were not available to us 10 years ago,” Foreman said of her work and career in a video accompanying her MacArthur award announcement.

With emerging scholars who were at the time graduate student co-founders of the CCP, Foreman co-edited The Colored Conventions Movement: Black Organizing in the Nineteenth Century (2021).

In a tweet posted Wednesday, Foreman expressed her joy and excitement over being named among a handful of her “siblings and family” in the work of African American justice-making art and organizing.

There are thousands upon thousands of objects flying through space, ranging in size from a cellphone to an entire space station. Some of this debris could be useful and some of it could collide with important systems already in place. Jah, an astrodynamicist based in Austin, Texas, has been working to track around 30,000 of these objects, and in doing so, envisioning transparent and collaborative solutions for creating a circular space economy that improves oversight of Earth’s orbital spheres.

In his MacArthur profile, Jah poses a question that drives his work, “How can we behave as stewards of the space environment which is a finite resource and do so in a way that allows us to utilize space for as long as we can?”

Lanham, an ornithologist, naturalist and writer based in Clemson, S.C., would describe his conversational efforts as the “intense care of something in order to save it for others.” A lifelong admirer and studier of birds — as a Black man — Lanham can relate to the threats many of the birds he studies experience, as he considers racism one of the threats against his own survival.

In his work, both scientific and literary, Lanham said he strives to inspire the head and heart.

Laymon, a writer, educator and author based in Houston, is a firm believer in revision, not just as a literary tool but as a concept by which to live.

“Revision to me is the most important idea in a life,” Laymon said in his MacArthur announcement video. “Revision as a practice predicated on a desire to go back and look at, whether it’s a relationship or a piece of art, and then ask myself actually did I ethically do the best that I could? Did I artistically do the best that I could? The answer is always going to be, ‘no’.”

This ethos is apparent in several of Laymon’s fiction and nonfiction works, specifically “Long Division” and “How to Slowly Kill Yourself and Others in America,” which he released revised versions of in 2020 and 2021, respectively, after originally publishing both in 2013.

Through revision, Laymon’s work revisits the many ways the Black experience has become steeped in a fraught, complex, and oftentimes violent legacy.

Miller, a sociologist, criminologist and social worker in Chicago, has been tracing the long-term consequences of incarceration and re-entry systems on the lives of individuals and their families. His scholarship addresses many aspects of life in the age of mass incarceration and supervision, spanning policing, trauma and prisoner re-entry programs. He explores the aftermath of imprisonment in particular depth, writing from a place of proximity.

Like many who work with the recently incarcerated, Miller was inspired by his own experience of his brother landing behind bars. This personal perspective makes it easier for Miller to empathize with families and individuals caught between entering the system and trying to make lives for themselves in this world.

Reid, a jazz cellist and composer based in Chicago, has been forging a unique jazz sound that draws from a range of musical traditions and expands the expressive possibilities of the cello in improvised music.

In 2013, Reid founded the Chicago Jazz String Summit, an annual, three-day event that celebrates stringed instruments’ unique contributions to the improvisational jazz sphere. Across workshops, master classes and performances, Reid fosters an atmosphere of exchange and experimentation among an international group of attendees. The event cultivates new audiences and offers support for up-and-coming musicians. Reid is honoring jazz’s past while driving the field forward and expanding the expressive possibilities of the cello in improvised music.

The framework also includes access to clean air and water, affordable housing, food security, education and maternal and infant healthcare. With the reproductive justice framework, Ross and her fellow activists sought to account for human realities and address the systemic barriers childbearing people face across race, class and other identifiers. 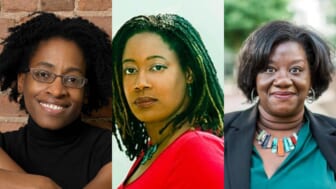 Strachan, an emerging interdisciplinary conceptual artist from New York City and the Bahamas, has been expanding the concept of what art can be by illuminating overlooked contributions of marginalized figures throughout history.

According to his MacArthur profile, for a 2018 exhibition, Strachan installed neon signs of individuals’ names from his “Encyclopedia of Invisibility” (2018) on the exterior frieze of the Carnegie Museum of Art. Situated alongside the names of great historical figures already carved into the institution’s stone edifice, the new neon names — such as the first Black polar explorer, Matthew Henson, or the rapper Tupac Shakur — are raised to the level of Benjamin Franklin and Beethoven. Employing historical and scientific inquiry, Strachan is creating work that inspires curiosity and pushes the limits of what is possible in art.

Williams is an artist and architect based in Chicago, who uses ideas around color and architecture to explore the intersection of race and the built environment. Her works — which largely reimagine the public space — visualize the ways urban planning, zoning, development and disinvestment impact the lives of everyday residents, particularly in African American communities.

“All of the obvious things you might imagine inspiring someone from Chicago, our amazing skyline, our storied history of architecture, actually were secondary. It was growing up on the Southside and seeing inequities in how space seemed to be laid across the city, that was the impetus for architecture,” Williams said in a video accompanying her MacArthur award announcement. “Later on, I realized that visual art often has a way to resonate with a lot of things that I was thinking about in a way that architecture did not.”

Other recipients include Sky Hopinka, a filmmaker, video artist and photographer developing new forms of cinema that center the perspectives of Indigenous people; Priti Krishtel, a health justice lawyer exposing the inequities in the patent system to increase access to affordable, life-saving medications on a global scale, and Paul Chan, an artist striving to express humanity’s complexities and contradictions through an artistic practice that moves across media. For a complete list of this year’s class, visit the MacArthur Fellows official page.