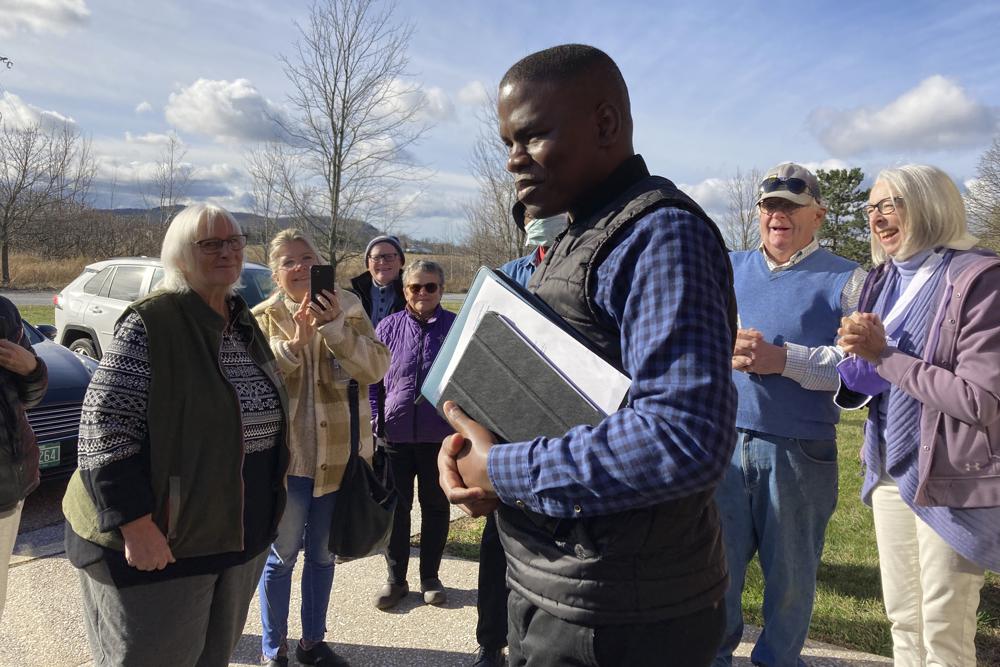 
Authorities in Vermont say a Ugandan activist who fled his home country after he says he was repeatedly tortured for his human rights work and would fear for his life if he was deported can stay another year.

Steven Tendo, a 37-year-old pastor, was granted a one-year stay on deportation or removal on Tuesday. After a meeting at a U.S. Citizenship and Immigration Services Office in northern Vermont, he thanked the two dozen advocates and friends who gathered outside the building to show their support. The newspaper VTDigger first reported on his case from Vermont.

“You mobilized, you spoke on my behalf, you poured out your hearts,” Tendo said to the small crowd. “I mean, I can’t express how I feel but I am so happy and I promise I am going to be a very successful Vermonter.”

In Uganda, Tendo started the nonprofit Eternal Life Organization International Ministries, that he says, among other things, helped youths to vote, incarcerated youths and those calling for reforms to express themselves in a legal and organized manner. The Ugandan government eventually saw the organization as a threat and targeted him, he said. Starting in 2012 he says he was repeatedly tortured and that government operatives severed the tips of two of his finger. He was arrested multiple times on trumped up charges but never convicted, he said.

Emails were sent to the Embassy of the Republic of Uganda in Washington, D.C., seeking comment.

Uganda’s human rights environment has declined markedly over the past year, according to the 2022 World Report from Human Rights Watch. In the spring of 2021, U.S. Secretary of State Antony Blinken said the election in which longtime President Yoweri Museveni won a sixth term “was neither free nor fair.” In announcing some visa restrictions, Blinken said “opposition candidates were routinely harassed, arrested, and held illegally without charge. Ugandan security forces were responsible for the deaths and injuries of dozens of innocent bystanders and opposition supporters.”

Tendo fled Uganda and in late 2018 sought asylum in the United States and protection under the Convention Against Torture. For a little over two years, he was detained at the Port Isabel Service Processing Center in Texas where a judge did not find him credible and denied him asylum. During his detention — which Tendo said was worse than the torture he endured in Uganda — his health declined. He said he was denied a diet to manage his diabetes, was not allowed to check his sugar levels and he became blind because of his uncontrolled sugar levels. 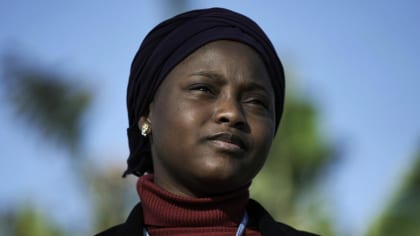 In August of 2020, 44 members of Congress wrote a letter to the acting secretary of the Department of Homeland Security urgently requesting that Tendo’s deportation be halted and that he be released for “life-threatening medical reasons.” Amnesty International and other organizations also called for his release, which happened in February of 2021. An email was sent to ICE seeking comment.

After his release, Tendo was invited by the Central Vermont Refugee Action Network to live in Vermont, where he now works at the DREAM Program Inc., a nonprofit that helps youth, and he has a separate night job. He had an operation to correct the vision in one eye.

DREAM Program founder Michael Foote described Tendo as “fantastic,” as he stood with others outside the immigration office on Tuesday to support him.

“He exudes charisma, and leadership and so he’s been a real asset on the fundraising side, which is where he is focused, but also an important bridge to the new American community in the Chittenden County area,” he said.

Dian Kahn, a member of the Central Vermont Refugee Action Network, who helped Tendo for about nine months when he first arrived in Vermont, also stood outside the building.

“Steven is a brilliant, caring, very special person that really wants to bring community good and in Vermont those are our values here for a lot of us,” she said.

State officials have also taken on his cause. In November, Vermont’s congressional delegation and Lieutenant Gov. Molly Walsh wrote letters to acting director of U.S. Immigration and Customs Enforcement asking her to “exercise prosecutorial discretion in Mr. Tendo’s case.” Amnesty International also sent a letter saying his “removal would constitute a grave injustice and a clear breach of U.S. obligations not to return a person to possible persecution or torture.”

Tendo appealed the judge’s decision denying his asylum to the Board of Immigration Appeals and was denied, then lost his appeal for a review of that decision in federal court. He says he plans to talk with lawyers about what to do next. He is intensively grateful for all the support and says he loves Vermont and being a Vermonter.

“I have a passion to help people in need and become a solution,” he said.